Renting a flat in Geneva: insider advice and tips

An international and multicultural city, a real urban lifestyle, Geneva offers a unique way of life.

Located at the western tip of Switzerland, Geneva is the world's smallest metropolis, an international city with the European headquarters of the UN and the Red Cross. A city of congresses and trade fairs, Geneva is also a cultural and historical center.

Flat for rent in Geneva and rents far from affordable

Ranked among the 10 most expensive cities in the world, rents are not the most affordable, but there are some subtleties that may permit you to keep the monthly rental cost affordable. For a three-room flat, you should expect to pay around CHF 2,100 per month. This is quite a lot of money, but many rent-controlled buildings have appeared in recent years and can be a good opportunity. There are also old flats that have been lived in for many years and have not seen their rents increase over the years, which are also excellent opportunities. The main problem is the low availability due to a very low vacancy rate.

Rent a flat in Carouge

Built in the 18th century on the orders of the King of Sardinia to compete with Geneva, the town of Carouge is a charming city offering a multitude of modern, efficient, and accessible services to all. Although the old part of Carouge offers very little housing, most of this charming little town has numerous new, rent-controlled flats. Carouge is a hub of Geneva's culture with its many theatres like the Chat Noir and bars, where artists perform regularly.

The New York Times describes it as the Little Soho of Geneva. It is one of the most innovative art districts in Europe. It is far from the image one might have of this international city with its many banks, insurances, and financial advisories. The “quartier des bains” is the the home of several art galleries, such as the Mamco or the MEG. In the area of Rue de l'école de médecine the many mythical bars are filled even at the beginning of the week. This district is young, dynamic, and very much alive.

Getting around by public transport in Geneva

Geneva’s center station is the second best served train hub in Switzerland, just after Zurich’s notorious HB. Affordable services throughout Geneva are offered by public trams and buses, and even boats. Getting to and from city and its surrounding region is easy, affordable, and safe. The CEVA, a new line linking Cornavin-Eaux-Vives-Annemasse, has made had a huge positive impact on traffic by connecting the right and the left bank of the lake. With its international station, it is easy to get a direct train to Paris or Milan for a weekend getaway.

Our insider tips when living in Geneva

This international and multicultural city offers a wide range of activities that will suite most tastes and desires. Culture, sports, and parties are the key words of the City of Calvin. If you are a student, the Rue de l'école de Médecine is for you. An older generation will meet up with their friends in the Eaux-Vives district for a cocktail or two. Geneva is a city of almost endless diversity and has the power to seduce you to stay for a long time.

Convinced? Do you already have a flat to rent? Check out our tips for preparing your rental application 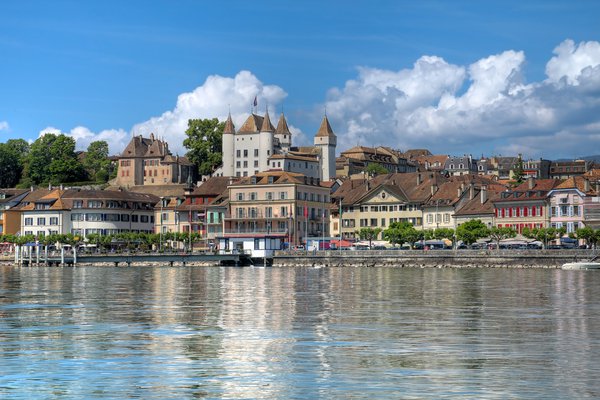 Renting a flat in Nyon: insider advice and tips

A flat in the small port city of Nyon, combined with a job in Geneva or Lausanne, offer a perfect combination of professional and private lifes. Our tips for renting a flat in Nyon. 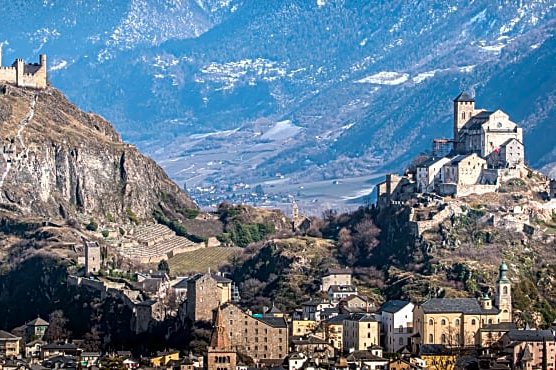 Renting a flat in Sion: insider advice and tips

The Swiss capital of the Alps and the sunniest city, Sion is nested in the heart of one of the most important wine regions in Switzerland.